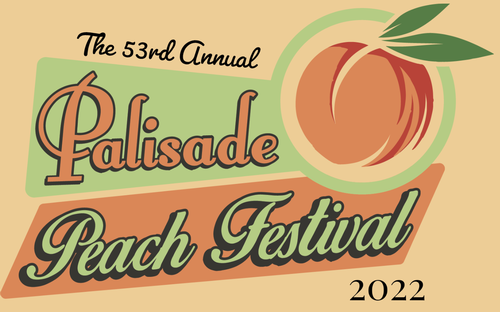 Fun for the whole family.  Friday night concert sponsored by Grand Valley Bank.
This is a NO DOG event.

For a full view of the 2022 schedule, activities, for more information please visit website

History: We're not absolutely sure when the Palisade Peach Festival began, but early historical records from The Museum of Western Colorado indicate that Peach Days was a popular event held in the late 1800' s. The photo of the Peach Queen dates from the 1920' s and harkens back to a time when such festivals were celebrated with more formality!

He was interested in Grand Valley agriculture and, like most of his contemporaries, knew that the arid conditions would need help by designing and building a canal system to bring water from the Colorado River. This system was completed in the late 1800' s, although Palisade was one of the last areas to receive canal water. However, by the early 1900's, more than 25,000 pounds of peaches were being shipped daily from Palisade to destinations around the region. Palisade soon grew as a town and other fruit crops followed: apples, apricots and cherries, to name a few.
Today, Palisade peaches are the pride of Colorado, world-famous and shipped far and wide. They are sought after by people who drive hundreds of miles to taste the best and take several bushels home to preserve and enjoy throughout the year. Palisade has also become the home of many award-winning wineries, 100's of acres of vineyards grace our area and add to our wonderful agriculture legacy. The Palisade Chamber of Commerce welcomes all visitors to our area and hope that you enjoy our area fruit stands and wineries.

His name is John Petal Harlow who was among the first white settlers in the area. Harlow began farming at Rapid Creek in the early 1880's and this was to become the first successful peach farm in the region. His endeavor can be credited for shaping the history of Palisade and the entire valley.

In 1882, John Harlow began testing the quality of the soil to support various crops. He planted a large vegetable garden and the Grand Valley's first fruit trees. The garden was a huge success. Grasses, cereals and roots of all kinds under his care yielded a harvest which more than satisfied the prospective farmers of the valley as to the fertility and productiveness of the soil.

In 1886 Judge Harlow and his wife had the most successful fruit farms in the area. Their peaches ?ripening in the sun acquired a brilliant color not found on peaches in the east or even in California. Harlow's success in 1887 was even greater. Not only did he have a bumper crop he also won first place for his peaches at the Mesa County Fair. And he won a blue ribbon at the Denver Exhibition.

In the spring of 1888 Harlow again predicted another outstanding year. He estimated a crop of about five tons of peaches that rivaled any in the land. And so began the fame and success of Palisade peaches. 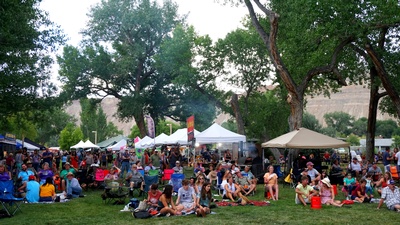 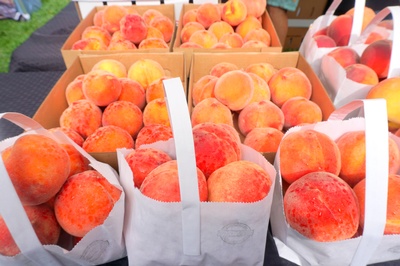 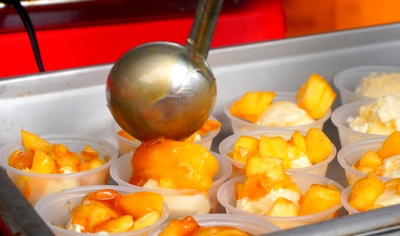 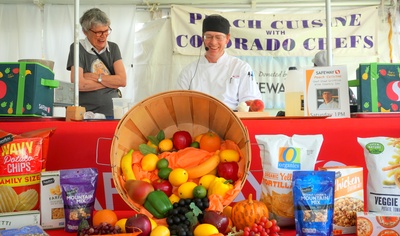 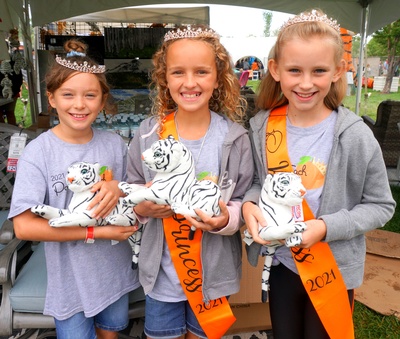